REP. RON HANKS: OPTING OUT OF THE STATE-RUN PRIMARY IS A STEP TOWARD ELECTION INTEGRITY 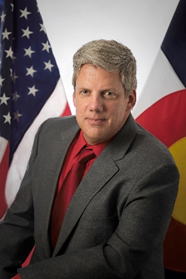 As I work election integrity issues while Colorado’s General Assembly is out of session, I have come to a few conclusions.

Republicans must improve our efforts or we are going to lose even more of our representation. Under single-party rule, with a nearly toothless opposition party, citizens who oppose the direction of The State are of little interest TO The State. We are merely taxpayers, whose wealth is bled off to fund an all-controlling bureaucracy. We have very little say in the direction of The State, our opinions are largely scorned, and one is called a racist or seditionist for their courage to speak up. There is little civil discourse in today’s politics, but plenty of venom and character assassination. We need a party that fights harder against those divisive tactics.

Opting out of the State-Run primary is a vital step in that direction. As it stands, The State controls our primary elections (and counts our ballots). Under the current system, voters who are not members of our party are allowed to intervene and affect the election of our party nominees for the General Election.

Having non-members decide who will be the Republican nominee is a golden opportunity for the opposition to infiltrate and to weaken our platform of liberty, justice, personal freedom, and adherence to our constitution. Instead, non-Republicans vote in our primaries and overwhelm actual party voters with sheer numbers. With more non-Republicans voting, our candidates become their candidates, reflecting their values more than our own. Their candidates will be more accepting of socialism’s redistribution of wealth, will more likely compromise to achieve “social justice”. The left is spectacular with their buzzwords and cliches, but the reality behind them is divisive, and we see taxes and living costs squeeze family budgets, crime skyrocket, racial tensions escalate.

Are we getting the representation in the Republican Party we deserve? Many would say no, because our nominees for the general election are being decided by votes that are not cast by Republicans.

The opposition has worked tirelessly to build a Republican Party of the McConnell, McCain, McKean model that claps like a trained seal when leftists introduce wretched legislation, applauding the “hard work” the left has done to draft bills promoting the socialist agenda which extracts liberties and wealth from productive citizens.

It is very rare for people to demand that I compromise more. What I hear them say is they want the party to fight harder. I agree.

Compromising when your liberties are being taken is like a condemned man, on his knees, complimenting the shine on his executioner’s boots. Reaching across the aisle when the other side is unhinged and hellbent on extraction of your wealth and denial of your personal freedoms is a pathway to serfdom.

Our party is, and ought to be, the rudder that keeps America pointed toward liberty. And our nation truly is the last great beacon of hope for the world, as Ronald Reagan noted decades ago.

The COGOP Chairman, for whom I have great respect, has noted if we opt out of the primary, unaffiliated voters would not get to vote in our primary. That’s a good thing. Let them decide in the General Election which candidate most closely represents their values. If that is not satisfactory to the unaffiliated, they can pick a team and actually join it.

The COGOP Chairman also noted the “average Republican voter” would not get to vote in a primary either, and all nominations would be at caucuses and assemblies.

In response to her second point, this is no time to be “average”. We are living in remarkable times, an amazing epoch in American history. Now is the time to stand up and to show up. With so much at stake, surely we can commit to attending our party assembly?

Nationwide, we are seeing an upswelling of political involvement as people realize there were serious anomalies with our elections. We are gaining the advantage, and it is time to act: Let us start by calling for a public audit of all 50 states.

If Colorado Republicans want our state back, we have to get our party back. Let us embark on that path by voting to opt out of the State-Run primary when it comes before the Colorado Republican State Central Committee on September 18th, 2021.

Ron Hanks is the Representative for House District 60, comprising all of Custer, Chaffee, and Park Counties, and a majority of Fremont County.